Changing The Dynamics Of World Trade

×
Changing The Dynamics Of World Trade 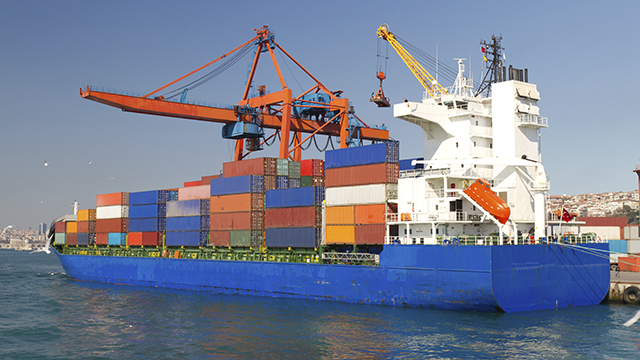 When the 12 countries negotiating the Trans-Pacific Partnership (TPP) trade pact signed on the dotted line in early October after several years of negotiations, the agreement was described by many as ‘groundbreaking’.

It is the largest trade deal to be agreed in more than 20 years, with the signatories — the US, Japan, Malaysia, Vietnam, Singapore, Brunei, Australia, New Zealand, Canada, Mexico, Chile and Peru — between them having a population of 800 million and accounting for 40% of world trade.

The impact of the agreement

The deal will remove tariffs on more than 18,000 products, allowing them to be traded duty-free between the participating nations, while reducing tariffs for other products. It also sets out policies on matters such as environmental and labor protection and the treatment of state-owned enterprises.

While the ink may finally be dry on the agreement, the deal has to be ratified by participating nations before it will come into force. Although there is some dissent among political groups in various countries over the pact – particularly in the US in the run-up to the 2016 election – it is expected to come into force by the end of 2017.

The Peterson Institute for International Economics has predicted the TPP could boost world income by $295 billion annually by 2025, and supporters view it as a much-needed boost to the lagging global economy. But while the deal is seen as positive for global trade, excluded countries could struggle to compete with the countries that have signed the agreement.

Vietnam, for example, looks set to enjoy a big boost in textile, clothing and shoe exports to the US. This will likely hit competing African nations hard, as well as Latin American and Asian countries outside the TPP. Japan and Malaysia are also set to be big beneficiaries; the former due to its large auto industry and the latter because it has no existing free-trade agreements with North America.

Since the North American Free Trade Agreement was enacted between the US, Canada and Mexico back in 1994, trade flows between the three countries have increased significantly so it’s safe to assume that those countries involved in the TPP will gain an edge on those that aren’t. And the most notable of these is China.

Indeed, the TPP has been viewed by many as a way for the US to shift the balance of power away from China, which in recent years has knocked the US off the mantle as the world’s largest exporter of goods.

At the outset China was vocal about its opposition to TPP, but in recent years the attitude of Chinese policymakers has softened and there are even suggestions it may join the pact in future, along with a number of other Asian nations.

How should investors react?

In the face of expected changes to global trade flows, investors with a defined strategic asset allocation to countries and/or regions may want to take steps to make sure their portfolio is diversified according to their specified allocation. While the TPP may bring an upswing to certain countries and industries while disadvantaging others, what it definitely does for the global economy is further blur the lines between borders and demonstrate the global interdependency of economies. In terms of asset allocation and geographical diversification, investors may end up with unintended risks and even higher correlations between their geographical buckets, if these are tracking traditional regional benchmarks, which are constructed using a company’s country of incorporation.

Given the fact that many companies already generate revenues in countries outside of their country of incorporation, the introduction of the TPP will make it even harder for investors who want asset allocation based on truly separated geographic buckets. These investors would be better served tracking an equity benchmark, which reflects the actual economic exposure of the underlying companies rather than their countries of incorporation. However, achieving sufficient transparency about the actual economic exposure of constituent companies and the benchmark overall has proven quite difficult given incomplete and inconsistent company reporting. With the introduction of the STOXX True Exposure™ index family (STOXX TRU™), STOXX addresses these issues by combining reported data with a newly developed methodology to estimate a company’s geographic revenue exposure considering country and sector trade flow characteristics. By explicitly taking into account the regional source of companies’ revenue generation in the selection process, STOXX TRU™ Indices enable investors to (re-)gain control of their regional exposure and achieve a purer regional allocation.  Given this increase in regional focus and subsequent decrease in revenue overlaps among each other, STOXX TRU™ Indices are found to display significantly lower cross-correlations compared to the combination of standard equity indices. Consequently, STOXX TRU™ Indices are found to achieve superior risk profiles when appropriately combined in a portfolio context.

With the final text yet to be released, the exact impact of the TPP is unknown, but the deal is set to transform world-trade flows.

While legislators concern themselves with the sign-off process, forward-looking pension funds will be looking at the best ways to analyze their portfolios to evaluate potential impacts and manage their asset allocation to achieve the desired portfolio diversification and improve its risk profile.

Please share your feedback, comments or questions by sending an email to our editors at pulse@stoxx.com.

Changing The Dynamics Of World Trade